We Washingtonians are a very opinionated bunch. Doubt that? Spend 30 minutes listening to either Sports Radio KJR-AM or KIRO News Radio. But, to this point – as far as I’ve been able to find – there’s been no actual referendum on what is currently the best IPA in this weird, soggy ol’ patch of real estate that is, for a fact, responsible for waaay better than half of all those overworked hops that help create the world’s Ridiculous Excess of IPAs.

You can get a decent argument going in any alehouse, pub, or taproom in the state. Most of these become increasingly incoherent as Exhibits A through maybe M are passed around the table. I’ve even participated in a couple of these but the results were inconclusive. I know for a fact that “Senn Fazzun Operil” is NOT a Washington-made IPA and that, sadly, is as close as any group I was ever part of got to a consensus. 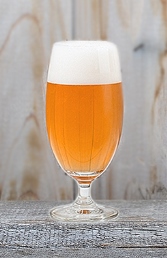 Here’s a glimpse of a cold one, just to help you think.

What follows is as impartial a list of the state’s IPA All-Stars as I was able to compile. You get to choose your top three, in no set order, from the first part of the poll and then another three from Part 2. You can also write in any you feel were overlooked. I’ve been told by the WP folks, since posting this poll, that their system frequently rejects repeated attempts to revote. I had originally set it up for unlimited voting but a couple of breweries pointed out that brewery marketing people often vote 150 or so times to inflate their scores. Since this is just the first poll in TPF, it’s very much a work in progress and any changes to be made after the initial posting need to happen in this one, so I don’t have to change in the future. Therefore…one set of three votes per section, per viewer, please.

In about a week, I’ll post my own list and then the poll results a couple of days later. Give this some THOUGHT. Try hard not just to knee-jerk your answer and leave all concerns about historical perspective out of your thinking. If I had posted this a year ago, some of what’s on this list wouldn’t have even have existed. This is a snapshot of what’s excellent right NOW, in late April of 2014. In six months, it’s quite possible that your answers will be radically different. I know mine would and have been, about every six months, over the years.

Here, then is Washington’s Best and/or Favorite IPA: a Q&D Poll…

NOTE:  Poll is in Two Parts. In Each Part, you may vote for 3 IPAs.