Since, literally, Day One of writing The Pour Fool, I’ve had requests for “Best Of” lists. I know we all enjoy making ’em, reading ’em, getting irritated by ’em, and endlessly debating the irrational things but…there doesn’t seem to be any end in sight; no rational limit at which we say, “Okay, I think I have enough lists.”

“Best Of”, unless you have every existing example of those things you’re judging, is never really going to be the Best Of it. It will always be incomplete. GABF, for all its huge rep and massive interest, doesn’t reflect the “best” beers made in the US, simply because there are always breweries out there doing work that’s equal to or better than what’s there on the judging tables in Denver.

But we want lists and I get a tsunami of emails asking for them, so….

For the next couple of weeks, I’m going to roll out lists. After that’s done, probably the only one you’ll find here is Best of The Northwest, my annual roster of the best of what I’ve tasted in the previous year. That comes about mid-November/Mid-December…ish, and is one of the most popular things I do in this bloglet. Also sticking around will be an annual list of Top Emerging Beer Towns, as The Pour Fool is all about making sure you don’t miss new producers, new regions, new styles and people, and those newly-revealed wonders that get overlooked in the headlong rush to praise only the anointed beer, brewery, or brewer. Those two will continue. Random list making, probably not.

So, starting off with the one most requested, here’s The Fool’s List of America’s Top 40 Breweries. Why forty? Because I thought it would be more fun than doing 25 or even nine, as with the list I read yesterday, on another website. Some you’ll agree with, some you’ll read and say “Whaaaaat?“, and some will make you say, “Who?”

Remember, as always: This is ONE guy’s opinions and, while it’s certainly based on more experience than many, many such lists, it’s still just opinions. Whatever you think of it, you’re more than welcome to give me feedback, either below or via the email button on the front page. 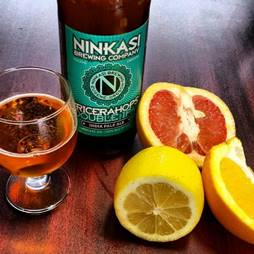 Dave Logsdon, where the Magic Happens

5 thoughts on “The Lists, Part One: America’s Top 40 Breweries!”