I have no earthly idea who Trey Songz is. Never heard the name and don’t really care who he is. I’m a beverage guy. A PR firm sent me this bottle you see below. I opened the box and thought, “Oh, puh-leeeeeze!” Anything that needs some blatantly suggestive package like that to sell it cannot be any good. But, they were nice enough to ask for my evaluation of it and, even though I don’t know Trey Songz, I absolutely love entrepreneurial bravery and am behind anyone who tries to start a new business or make a new thing, right up until the point at which I find out it’s cynical, cheap crap that’s just flopped out into the marketplace to capitalize on somebody’s name, without even trying to deliver anything of quality. That was the assumption I started with when I opened the slightly confusing cap on ChaChaCha Licor de Tequila and poured it into a small tasting glass.

Which just proves, for the billionth time, that appearances can be deceiving.

Package and Trey Songz not withstanding, ChaChaCha Licor de Tequila is a brilliant bottle of what can only be described as Liquid Sex. Really. From the first sip, I was floored at how seamless, edgeless, elegant, integrated, thoughtful, and (Man, I really hate using this word…) smooooth this stuff is. I tasted it three times, about a half ounce each, in the first ten minutes, the last time over ice. Flawless. This is a genuine Reposado Tequila infused with honey and lemon peel. The marketing tools describe this as “a hint of lemon and honey” and, miraculously, that’s exactly correct. Unlike many, many beverages aimed at the younger, party-hearty crowd (which this surely is), ChaChaCha is beautifully restrained, judicious, balanced. A dash of good, solid octane burn on the finish, without which you’re really just drinking a wine cooler? Check. Freshness and acidic bite from what at least tastes like an actual lemon infusion and not an extract? Got it. Does it avoid the cloying, viscous heaviness of many beverages infused with honey? You betcha. Cha³ is light and crisp and stupid-refreshing. I put the rest of the bottle in my freezer and nursed it for so long that my nipples had callouses. (rim-shot, please) 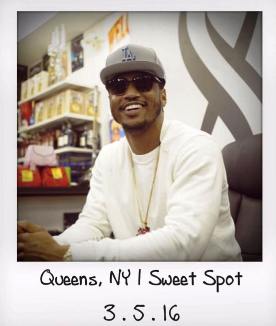 I made this 750ML bottle of a liqueur last sixty-five days, which is a record for me akin to Steph Curry beating his previous season record of 285 three-pointers by one hundred and seventeen. I always either share bottles, finish them, or wind up pouring them down my drains within about two weeks, just to keep down the bottle clutter that tends to develop around what I do for a living. I had this stuff an ounce at a time, once a week, and looked forward to it the entire seven days. I wasn’t avoiding it but I’m a realist. I live in Seattle. About 50% of what I review in The Pour Fool isn’t available around here and that drives me cheerfully crazy, as it does my readers, many of whom have accused me of, curmudegon-like, deliberately touting beverages that they can’t get. I knew that, once this bottle was gone, I might not see ChaChaCha again for a period of years. And now it is gone and I’m devising strategies for acquiring more, even as I write this.

THAT is how good this stuff is. 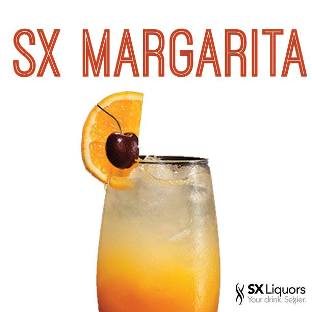 The flavor profile is a beautiful balance of that subtle but assertive lemon character, a touch of honeyed sweetness, and a whopping, fresh barrage of Reposado traits that the infusions do nothing to obscure: cucumber, lime leaf, sweet herbs, minerals, lovely wood notes, a hint of graphite on the finish, and a beautiful whisper of jasmine as it goes down. Although I am the farthest thing from a drinker or fan of foofy drinks like Margaritas or Palomas or Tequila Sunrise or Verzcruzana, I wanted to see what Cha³ would do to a regular, pedestrian Margarita. For me, it made a world of difference. Far from getting lost in the limeade tsunami, it sang a sweet and lively harmony and completely redeemed what is, let’s be honest here, a drink that’s really only about something cold and sweet in hot weather or some stupid nostalgia for your last trip to Mexico. Like bells and how you can’t unring them, I can now no longer imagine myself ever having a Margarita again without ChaChaCha. I’m in no grave danger of drinking one, anyway, as I know about beer and white wine and I have no nostalgia at all for my recent week in Cabo, but if there happens to be a bottle of this stuff about and it’s warm out, I’m might just load one up just for the pleasure of having a version of a classic cocktail that doesn’t make me want to switch to Scotch Rocks. 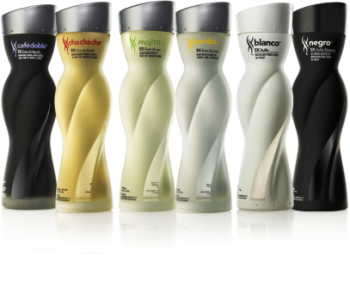 I still have no idea who Trey Songz is and really no idea of what SXLiquors, the parent company, is or who owns it. Again, those things are really not that important to the quality of what’s in the bottle, except so we’ll all know who to thank. There are now six different bottles in this line: SXcafédoble, another Reposado Tequila, infused with coffee and hints of honey and cloves; SXblanco, a Vodka distilled from sugar cane; SXnegro, a Vodka aged in Reposado Tequila casks; SXsamba, a sugar cane Rum with lime and vanilla; and SXmojito, Rum with lemon and mint. I can’t tell you about any of the other five, as I haven’t tried them, but if they’re the caliber of ChaChaCha, those five bottles are going to be a treasure trove of delights for the young party-party crowd and for us geezers who just want impeccable beverages, made with judgment and care.  97 Points