For about $16, you can get a wine that scores well over 90 points with critics, makes you weak-kneed with its flavor and balance and intensity, and might even be made in large enough quantities that you can find it repeatedly. For waaaay less than that sixteen bucks, you can get a beer – maybe even two! – that’s as good as anybody is making, anywhere in the world.

In booze…well, it’s just a whole different world, my friends. 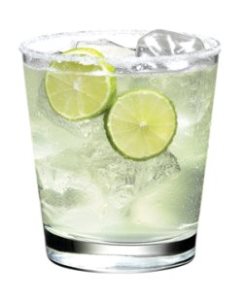 I’m a tightwad. I freely admit it. In terms of how much I’ll shell out and for what merchandise, I make Ebenezer Scrooge look like a hedonistic playboy. But I also love Single-Malt Scotch and rarely will settle for anything else. See the problem? That conundrum has been plastered to my face like the Alien my entire adult life. Finally, just about six months ago, I decided that the problem, as with so many other little speed-bumps with which we all contend in our daily lives, was me, not the world’s distillers. I simply hadn’t – as I religiously do with beer and wine – done my homework. I hadn’t spent nearly enough time exploring the tangled world of low-priced spirits and, since this is a growing part of my day job, I felt moved to Do Something.

So, around the end of June, I made a list of the best booze values I already know about and put out a mass email to my existing contacts, asking for submissions for what came to be called The Pour Fool’s Fall Round-Up of Value Spirits. The response was…well, let’s just say I got far more than I bargained for.

This was originally supposed to be ONE post. Now, it’s a five-part series, starting today, in which we’ll cover five distinct booze categories: Gin, Vodka, Rum, Tequila, and Whiskey. I deliberately didn’t break these down to their sub-groups. In Gins, it’s a wild mix of botanicals, London Dry, and whatever else showed up. Ditto for Whiskeys, in which Scotch, Bourbon, American, and Canadian are separated only on the page.What this series is about is Value: Bang For Buck, and I am NOT talking alcohol content. Which ones represent significant value for your $$$, vis a vis the dollars you’d lay out for similar choices in that category.

These reviews will be short…but oh so sweet! I’ve decided not to assign, as I have in response to over 200 reader requests, scores to these. Instead, there will be three ratings possible:

Don’t infer anything from those phrases. If I tasted something and it was just okay, it’s not here. To get a “Highly Recommended”, the stuff had to be amazing, not just good. To get a “Best Booze Buy”, it has to be arguably as good as a brand for which you’d pay at least twice as much. If it’s here, it’s Great, not just okay.

That’s it. Simple. Out of the one hundred-eighteen submissions, these fifty-ish bottles – which is a FAR higher percentage of great-to-passable than you usually find in either beer or wine – are the clear (and Brown) winners.

We’re starting with The Gins…and. man, what a bunch of Gins!

GIN: The Beverage, not the Card Game

Simon Ford, the affable, intense, Seth Macfarlane look-alike behind Plymouth Gin, Dorothy Parker Gin, and the wonderful Perry’s Tot, appears to be making sport of the current mania for place-specific liquors by proudly announcing, right on the label, “Made by Thames Distillery, Botanicals from Everywhere“. In fact, the 9 different botanicals – including Angelica, Orria Powder, and Cassia – come from ten different countries. Result? Flawless; a riotously complex but perfectly integrated collection of flavors that conjure up mixed citrus peels, white pepper, lavender, subtle but emphatic juniper, roses, fresh cream, quince, and anise. Ford admits that he made this to be a workhorse Gin for bartenders to use in mixing cocktails of all types but I love the stuff neat or on ice. It’s one of the smoothest and most palate-coating clear liquors I’ve ever tasted and, for the price, a ridiculous steal!

I’ve reviewed this amazing Colorado Gin before, but it deserves inclusion here because it’s been polished up a bit since my original post, back in 2011. This is the Yang to Ford’s Yin, a bottle that’s completely about its local, Colorado sources. As Andrew Knowlton wrote at bonappetit.com, “Not to get too precious about Spring 44, but there is a clarity and freshness to it – you can almost taste that spring water.” “That spring water” comes from a natural aquifer that the Spring 44 partners found just north of Fort Collins, Colorado, in the Roosevelt National Forest at…4400 feet above sea level. It’s got wonderful, soft suggestions of sweetness, a luxuriously smooth texture and fascinating flavors of muted juniper, wildflowers, lavender, rosemary, pink peppercorns, mint, quince, and spruce tips. Just a pure, engrossing, beautiful American Botanical Gin that shows obvious skill and judgment in its wild infusions.

Philadelphia Distilling and Head Distiller Michael Higgins entered the New Gin sweepstakes in the strongest way possible with this big, rich, expansive American Dry that suggests a great London Dry made with a more assertive hand on the infusions. It’s insanely smooth and sippable, even neat, and has a viscous quality that lets it linger on te finish for a good five minutes or more. The juniper, which is frequently laid on too heavily for me, is almost perfect here; a lovely, distinct counter-point to the huge, fat orange rind flavor that illuminates the whole. Lemon, thyme, cloves, black pepper, and licorice surface on the mid-palate and the finish fades with notes of teaberry gum and anise.

Master’s Selection maybe shouldn’t even be on this list because it’s almost $40 and that hardly qualifies as a “bargain but it absolutely does qualify as a “value”, mainly because you can pay fifty bucks or more and get nowhere near the quality in this chic blue bottle. Master’s is a classic London Dry made in Spain…and if that sounds odd, ponder Bourbon made 1,800 miles from the original Bourbon, in France. Destilerias MG, a distillery that’s been in business for 250 years, crafted this beauty by mixing separate lots of citrus macerations – sweet orange from Valencia and bitter oranges and lemons from Seville – into the base liquor distilled with a mix of estate-grown juniper, Spanish coriander, and Guatemalan cardamom. Each of the macerations sat in barrel for a full year before blending! What comes out is just fabulous Gin, impossibly smooth, viscous, and vivid. If it’s not extraordinarily complex, it is still a near-perfect London Dry with ever more of a varied palate than its Brit cousins. This is a legitimately great Gin and, even at this price, a true Value.

It KILLS me to write this. Just kills me, because New Amsterdam is a spirits wing of one of the two American (or, in one case, “formerly American”) beverage manufacturers for whom I have the most contempt. Gallo owns and operates NA and, my scorn for some of the business practices aside, Gallo does make some wonderful products, unlike their evil twin, the former Anheuser Busch, which is 500 miles of uninterrupted crap. Their Gallo Sonoma wines have frequently been on my annual “Best Of” lists and simple honest demands that I give it up for this daring new take on the New American Gin. No. 485 contains almost no juniper! Considering that even the term “Gin” evolved from its much older, original name “Jenever”, this is a very radical approach, especially for the hide-bound traditionalists who run Gallo. But it works, especially for a guy like me, who frequently disparages Gins for an excess of those whoppin’ little buzz-bombs. But this has just a hint, an intimation of Juniper, fleshed out beautifully by infusions of various citrus peels and 20 botanicals. Purists will sneer at this but I found it absolutely bewitching and one of the best mixing Gins ever. It’s absurdly smooth and easy to drink and has a lingering, citrusy/spicy finish that leaves zero cloying residue. Clean, pure, impeccably made…ownership be damned, New Amsterdam is one of the best value lines in America and this is a stunning Gin.

This Gin was recently reviewed here in The Pour Fool:

“…suggestions of tangerines, lemon peel, coriander, white pepper, gooseberries, nutmeg, and eucalyptus, with a ridiculously-refreshing infusion of lemongrass on the finish. In various reviews that I came across before receiving this bottle, I found Cricket described as “mild”, and, indeed, it is very pleasingly easy to drink. But “mild” carries a little taint of the ordinary that this Gin in no way deserves. Cricket Club is vibrant, assertive, and beautifully transparent in its flavor profile. There is absolutely nothing cloying or annoyingly persistent about it. It finishes clean, with a subtle, pleasing aftertaste that’s vaguely reminiscent of cucumbers, and the core flavors actually feel lively and colorful on the palate. Like only the Spring 44 …Cricket is a pure sippin’ Gin; a bottle you can stick in the freezer and haul out in the heat to just sip a wee dram and achieve Serious Coolness.”

This Gin was recently reviewed here in The Pour Fool:

“...Prairie is a softer, far more complex, and compelling style of Gin than those traditional juniper grenades. The first impression is a light, spicy sweetness which then does not swell to overbearing proportions but paints the palate with a very fine brush, laying down layers of gentle herbs, fruit peels, gorgeous corn sweetness, honeydew, lychi, white flowers, and bay leaf. The phrase “The Unbearable Lightness of Being” springs to mind, in thinking of this. “Light” is the best adjective to describe this stuff but the lightness does nothing to mute the lovely, beautifully-balanced flavors. Apparently, I’m not the only one knocked a tad sideways by this Gin. Prairie Gin won Gold at both the 2013 San Francisco World Spirits Competition as well as the prestigious 2013 SIP Awards.”