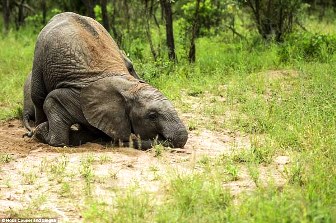 The first hint that the lowly marula tree (Sclerocarya birrea, or “The Elephant Tree”)  might be good for something besides firewood was the drunk elephants…

The marula is a fruit that’s native to Africa and looks like a yellow pear that’s not tiny at the top end or a Golden Delicious apple that’s been squeezed to resemble an ostrich egg. It’s very common in southern Africa and elephants love the fruit because it’s juicy and tender and sweet. It also tends to fall from the branches slower than most tree fruit, so there’s a lot hanging at the height that an elephant finds most convenient. Giraffes like it for the same reason. But, with all that sugar, the naturally-occurring yeasts that are on most fruit skins, and the African heat, the marula also turns a better trick: it ferments. Hence the reference to drunk elephants because they’ll eat it just as quickly fermented as fresh and, after ten pounds or so, they can actually get hammered. I love the image of Elephant Happy Hour, which was the first thing that got me interested in Amarula Cream Liqueur. 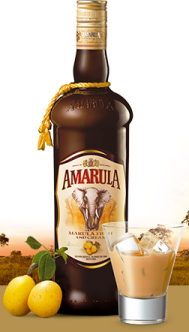 A couple of weeks ago, a PR firm contacted me and asked if I would like to try Amarula, a cream liqueur  – emphasis on “cream” – made from such marula fruit as the South African firm of Distell, Ltd., was able to wrestle away from herds of bar-hoppin’ pachyderms. It’s a fair amount, evidently, because Amarula is being poured widely in Europe and Asia and is starting to cause a stir (or a shake) in the US.

Simply put, Amarula Cream Liqueur, at 17% ABV, (about the same as a size-XL California Zin) carries just enough punch to stand up as a sipper but is low-octane enough that it won’t overdrive your cocktails…and for any cream cocktail of any kind, you WILL want to experiment with Amarula as an inspired alternative to Bailey’s or RumChata or Saint Brendan’s or any other cream liqueur you like. 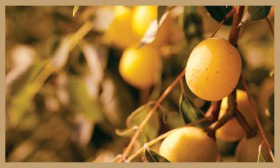 This stuff is Sexy – and I chose that term carefully. It tastes like a pretty mash-up of bananas and oranges, with hints of caramel and sweet spices. The biggest difference between Amarula and the rest of the Cream Class is that it uses real cream: sweet, thick, ridiculously rich South African cream is blended in at bottling and, of course, this means that Amarula will have to live in your fridge, which creates the added benefit of having it always cold and ready to sip, without ice cubes that dilute as they melt. I admit that I’m not a cocktail person but I’ve lately begun to experiment with them, after a lifetime of dismissing all mixed drinks as “a foofy waste of perfectly good booze“. My PR packet came with two sheets of recipes, including two that just lit me up like Christmas: The Amarula Martini, with dry Gin, Amarula, Bitters, and a lemon twist, and “Tusk After Dusk“, a pleasing blend of Amarula, chilled espresso, rum, and Grand Marnier. I’ve also subbed it for the cream or half ‘n’ half in a White Russian (which I now call “The Boered Cossack“) and discovered a whole new dimension to that old warhorse cocktail.

The Amarula White Russian or, as I christened it, “The Boered Cossack“

Most of what we as Americans know of South Africa is bad: apartheid, the Boer War, and the big rift between the native population and the white settlers who (as they liked to say) “civilized” South Africa. What struggles to make it through the political and social noise is a long and rich tradition of winemaking and distilling and even a bit of brewing in the mix. Amarula is a wonderful slice of the sort of grace and pleasure that this remote country has managed to create for itself and I’m grateful that they’re giving us all a taste at last. I think we’ll be buying rather a lot of Amarula, in the future and, at  about $22, it’s a luxury you can easily afford.  94 Points

The Pour Fool’s “The Boered Cossack“