Flagship February #7: The Brewery Down Below 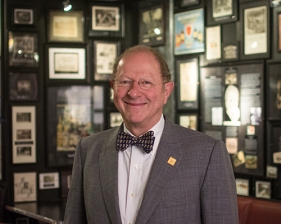 Pike Brewing Company, located in the literal basement of Seattle’s iconic Pike Place Market, occupies a special place in the affections of Washington beer fans. It was started by one of America’s true craft beer icons, Charles Finkel, along with his exceptional wife, Rose Ann Finkel, in 1989. Charles had toured Europe extensively, and fell in love with many, many beers there, especially the British ale canon, which became the bedrock upon which Pike was built. As the importer who also introduced Brauerei Ayinger’s immortal “Celebrator” Dopplebock to the US, Charles had a pretty good handle on what constitutes a crown-pleasing strong, dark ale and, in fact, the second beer brewed at the new Pike was their XXXXX Extra Stout. But the original flagship ale, the one that wowed jaded beer critics like me and a hundred others, was Pike “Kilt Lifter” Scotch Ale, a brawny, a creation of original brewer, Fal Allen, that delivered all the malty muscle of the true Scotch ale without quite the excessive horsepower. It was carefully crafted for the more inexperienced Washington palate and quickly became the best-selling ale in the taproom and remains that to this day. 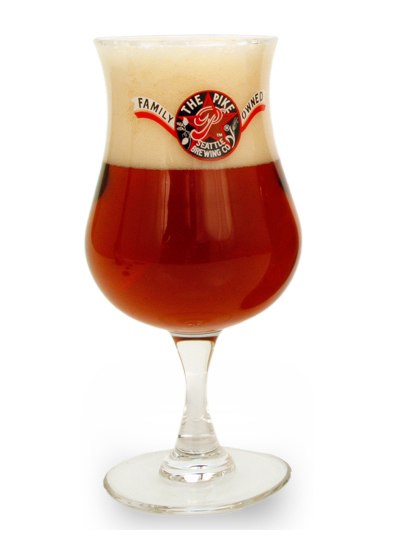 Here in the Age of The IPA, finding a brewery that not only sells a big Scotch ale but thrives on it is almost unheard of but the reason why is not hard to figure: this is a genuinely outstanding, iconic ale; the template on which all successive NW Scotch ales were built and still a ridiculously fine pour. The slightly tamer ABV makes it less of an actual hazard for the drinker who wants more than one and the flavor profile just cannot be beaten – and never has. It’s drenched with dark caramels, whole-grain toast, 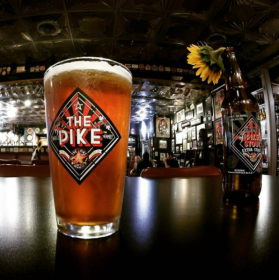 vanilla, figs, molasses, nuts, smoke, cherry compote, subtle spices, and an earthy, boozy immediacy that never gets old. In my recognition of these flagship beers, one of the main criteria is “How fast will someone get tired of this?” No true flagship ale can bear that title if it wears out its welcome quickly. And Pike’s Kilt Lifter has shown up in dozens of refrigerators of people who really KNOW beer, that I have visited, over my years in the beverage trade. One winemaker, whose name you would know well, had a dorm fridge full of it when I visited his winery. I picked up a bottle, held it out to him and said, “Really?” He said, “Absolutely. This winery might not exist without that stuff. That’s my go-to drink and I can’t imagine not having it around.” He smiled and got off the forklift. “Want one?” he asked with a crooked grin.

One thought on “Flagship February #7/Pike Brewing: The Brewery Down Below”