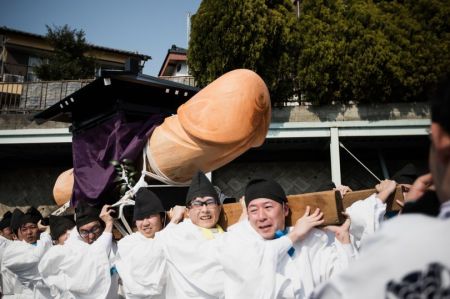 In memory of my oldest friend, the late William R. Trotter, author and military gaming Guru Emeritus – who passed away very shortly before these began to erupt from my subconscious – I took up a passing Project that he and our mutual friend, John Butts, dabbled with, back in roughly 1978. They penned a ridiculous, subversive (at the time), and wildly uneven series of Haiku, based on the social order of Greensboro, North Carolina, of the Seventies. I lost all my copies of these but never forgot them and, to feel closer to the departed Scrotum (our fond nickname for Trotter), I guess, out came these 41 little pearls, not so much cast before swine as authored by one.

I’m rather fond of these geegaws, mostly because they imposed a little daily discipline upon what is a generally chaotic life and, not unimportantly, they shoved me bodily out  of the quotidian hissy fit I was experiencing, living with a mentally-defective grifter and ra[c/p]ist in my White House. Finding some humor in that pall of despair told me that life was not, in fact, a leaky bucket o’ shit…which may really be a lie. Anyway, here ya go. Enjoy?

How does dryer lint/Get in one’s belly button?/Color me confused…

The National Haiku Day Haiku of The Day

Cliff, a gambler, bet/It would be a fart. Lost, cried,/And had to come clean.

Crystal got Mama/A tattoo for Christmas. Mom/Tried to return it.

Does the bee seek fame?/Does the dog crave great power?/Fuck no, you tool. Duh.

Dan was a Trump fan./Girls laughed at Dan’s Match profile./Dan’s is kinda fucked.

Chin Dao’s master said,/”Cold is illusion”. Chin said,/”Tell that to my balls.”

Woman marries tree./They clash on raising the kids/Jewish or in dirt?

My cat Minnie sits/Between my feet when I pee/And bats at my balls.

It seems a “Catch” is/When you grasp a pass and hold/On ’til you are dead.

Dwayne suspected that/Shorts up his butt crack was a/Metaphor for life.

Those who drink urine/Do it because they run out/Of canned Budweiser.

Darla’s a realist./Can’t beat head lice, so she claims/Them as dependents.

“What gene is missing/In a child who tracks fresh mud/Into a new Porsche?”

There may be some future entries….Be Afraid.