“More for the rest of us, Chuckles…“

I’ve gotten a few emails – well, by actual count, 271 emails – in the past year that seem to presume that, since I’m a knowledgeable beer so ‘n’ so, I just hafta be against All Things Pumpkin, at least as the evil gourd applies to beer.

As with every other style of beer, I find pumpkin beers that I absolutely adore and those I wouldn’t use to wash a cat. A LOT of people who confess to adore fruit-infused beers like Logsdon “Peche ‘n’ Brett”, turn right around and sniffily dismiss all pumpkin beers as though they were somehow plotting to crawl out of the bottle and taint their lovely peach-infused sour. That, folks, is irrationality at its blinkered, small-focus best. 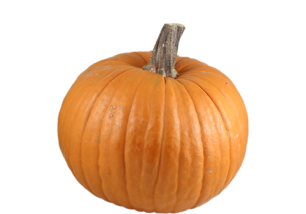 What did I ever do to you, Jackass?!?

In keeping with the general tone of this bloglet – a fair amount of knowledge mashed up with free-floating angst and a nearly calcified crankiness – I want to state, once and for everyone who brings it up, that I think harboring a presumptive animus toward ANY style of beer or soft drink or chocolate or modern dance or hair style is flat-out stupid. If you have not personally tried every pumpkin beer on your local beer shop’s shelves, how the $@#& would you know whether you like it or not? Did you like every single pumpkin pie you ever tasted? Every Chocolate cheesecake? Every Caesar dressing? No, if you’re honest, you did not. But, if you eat those things at all, finding the one that makes you go all moist and runny was a process: you were handed those things to eat, hated some and sneaked them to the dog hiding under the table, and loved one or two; had seconds before asking for the recipe. You have favorites. We all do. And unless you’re one of those narrow, pallid, one-note boobs who is willing to just dismiss all beers with anything added to them but water, yeast, grains, and hops, you probably drink a Walking Man Black Cherry Stout or “The Abyss” or Perennial ‘s immortal “Abraxas” or the aforementioned “Peche ‘N’ Brett” or Cascade Brewing Apricot Ale or Crooked Stave “L’Brett d’Raspberry”, now and then, when they haven’t all been scarfed up by roving hordes of beer freaks. And ALL of those beers were infused with stuff that is usually found in desserts and/or the forest and/or your back yard. 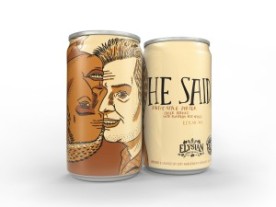 A beer like 21st Amendment/Dick Cantwell‘s stunning “He Said/He Said” – a Pumpkin-infused Baltic Porter with cinnamon and ground caraway, in a 2/2 four-pack with a Belgian-Style Tripel infused with pumpkin, galangal, and tarragon cannot be judged up against the hundreds of other pumpkin beers which most of us have tasted and poured in the sink. They simply are not the same animal. Both of these amazing beers avoid every single cliché associated with pumpkin beers: they’re not overly sweet – even the Porter which is supposed to be sweet – and they taste nothing at all like a can of Bud crammed in a blender with a pumpkin pie, as is the complaint I hear most about pumpkin beers. Just as with those pies that you occasionally discreetly slip to Fido, there are beers that DO taste EXACTLY like wimpy-ass ale pureed with a pie slice and those are not bad pumpkin beers, they are just bad beers, period.

I could list a slew of pumpkin ales that don’t commit that most common mistake of Pie In A Glass but I’m not going to. I gave you that two-pack already and that’s a great start. It does strike me as REALLY fuggen odd, though, that the bottle I’ve now seen in most of the smarmy, smirky, “let’s celebrate our faux-manly ignorance of beer styles” memes on Facebook is Southern Tier’s outrageously good “Pumking”, a beer that does, by God, taste like a slice of pie but the best damned slice of pumpkin pie you ever stuffed in your munchy cave, with a great ale playing the harmonies, to boot. 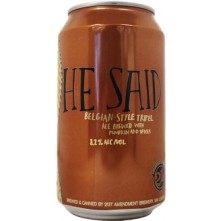 Quit sending me emails asking me to dump on pumpkin ales, willya? Homie don’t play dat. I am flat-out, full-frontal, 150% in favor of brewers using any damned thing they please to flavor their beers and letting the market place sort ’em out. Those that taste great and find an audience push the art/craft of brewing another step along toward The Future and make the breweries some much-needed cash money. Those that don’t die the painful, bloody, gooey death they deserve. But haughtily dismissing any entire class of anything – aside, I guess, from “musical artists heavily influenced by Justin Bieber” – is juvenile on the order of “No! I’m NOT trying asparagus!” and accomplishes nothing at all except to make absolutely certain that the dumb-ass doing the dismissing is highly likely to miss a bunch of things that he/she might well really like. If you’re coming to me with the flat, sweeping, unqualified statement, “I hate pumpkin beers!“, my answer is officially this…

“More for the rest of us, Chuckles…”

Okay, the Ranting Lamp is out.

One thought on “The Pumpkin Beer Thing: A Short View”