THIS is a TOTAL RANT, a LONG rant, (well, maybe not by The Pour Fool standards but it started on Facebook and it’s really long for that thing). It was purely a knee-jerk reaction to the contents of the article you see below. That gaggle of lists slammed its little fists down on every single button I possess – and let me make this VERY clear and actively discourage anyone from dropping me a comment or email saying anything along the lines of “Oh, I guess you think you could do better!” – No, I probably could not do “better” but “better” presumes that there is any compelling reason to do this crap at all, if you’re not going to do anything but regurgitate trendy twitchings from the Great Unknowable Masses. 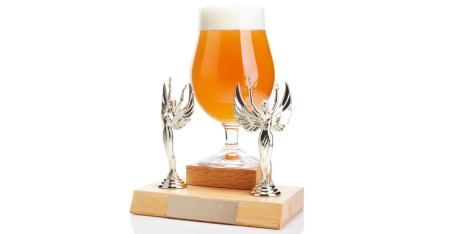 This afternoon, I saw a friend’s Facebook post about the 2016 edition of Craft Beer & Brewing’s annual “Best Of” lists. I clicked over to the article. I read it. Within six minutes, this below popped out, almost without my own volition…but very much with my blessing…

“Ah, God, how utterly and totally predictable. Those are, in some ways, even worse than the lists done by websites that say “Hey, this craft beer thing is heating up. Anybody here ever hang out at these small breweries or alehouses?” And then they assign whomever raises their hand to write a list because they’re “into beer”. The OREGONIAN – in what’s arguably the nation’s best beer city! – assembled a panel to do their lists and NOT ONE PERSON in that panel was a beer writer, brewer, or even an avid hobbyist! They were food writers, two editors, a couple of editorial assistants, and a CYCLING writer. They could have walked out onto the street, hit a tennis ball, and struck someone who was more knowledgeable. I had occasion, this morning, to go through BA’s list of the Top 250. What’s on these lists could have been copied and pasted directly from that and its Top Beers By Style lists. I’m wondering if ANYBODY really goes to breweries, tastes beers, and THEN writes a list?

It’s their opinions, of course, and their website, so they can do as they like. But here’s the catch: the American WINE community, for DECADES, had a tiny roster of “anointed” wineries that made the year’s “Best Of” lists and it was almost impossible for any new winery that was not located in Napa or Sonoma to get on that list. And it became a self-fulfilling prophecy.The inclusion on the list insured those wineries’ success and choked off HUNDREDS of less visible wineries outside the anointed appellations, simply because of the list-makers’ assumptions.

BeerAdvocate is located in Boston and their lists are always heavily Eastern-centric. Craft Beer & Brewing is in Fort Collins and these lists are riddled with Colorado breweries and beers. Northwest beers and breweries? Deschutes is mentioned EIGHT times and richly deserves to be: twice in Top Beers, once each in “One beer” and One Brewery For The Rest of Your Life”, once in Large Breweries, once in Stout or Porter, once in Pale Ale, once in IPA…

All the rest of the PNW? pFriem in Small Breweries, Ninkasi and Rogue in Large Breweries, Logsdon in Saison, Rogue in Stout & Porter, Cascade in Sour Beers. SIX total mentions, aside from the great but inconsistent Fremont in Editors Picks.

And ONLY DESCHUTES in F**KING Favorite IPA Breweries!?!?

(One response from anybody that will get deleted instantly when I find it: “Well, like, uh, maybe those breweries on the lists are just better than your Northwest homer choices!” No, they are not and I’m not tying up perfectly good brain cells in some effort to rebut anybody slow enough to make that statement.)

This long, tedious, meandering page of listlets serves mostly to underscore the undeniable fact that Americans – regardless of whether it’s in what they eat, drink, watch, buy, or anything else – are utterly influenced by their own personal preferences, almost entirely bred by what they hear and read, and by shameless crowd-sourcing, which trusts anonymous people with no verifiable level of knowledge with telling all of us What’s Hot, far more than What’s Great.”