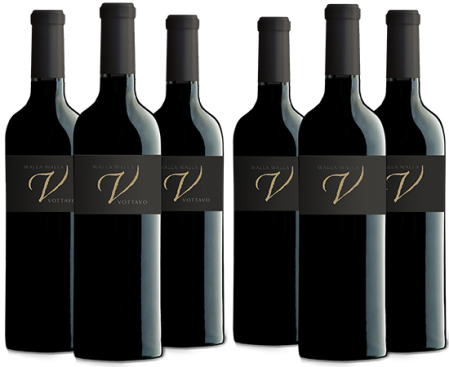 History In A Nutshell: Gordon Veneri and Myles Anderson, a couple of teachers at Walla Walla Community College and home winemakers for twelve years, finally decided to take their passionate hobby to a professional venture in 1995 and founded the eighth winery in a city of what was then about 10,000 onion farmers and prison guards. I was selling wine in 1995, here in WA state, and there was no real fanfare about the founding of WWV…just as there has been no real buzz in their entire history, at least in the sense of people fainting with each new release or critics oozing schizophrenic charm all over each other or Gordy and Myles being greeted like rock stars when they ventured out to the supermarket or fruit stand. These are NOT glitzy guys. Veneri and Anderson are the kind of guys you’d more likely expect to see at a SciFi book club or philatelist’s convention or maybe, at a push, driving a classic car from the 1920s to Seattle for a very sleepy car show. 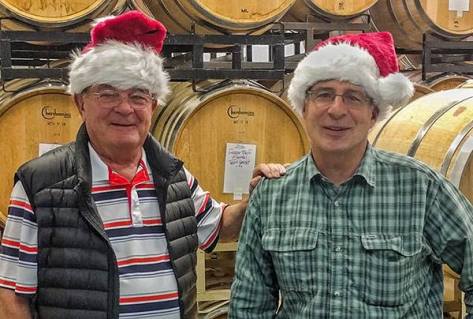 Both are starkly intelligent, focused like an industrial laser, and as wonked-out about winemaking as any of your Guigals or Mondavis or Cottarellas. But they went into wine, in the first place, not to make their fortunes or get famous but because they love wine…and they have turned the stunning trick of managing to nurture that acute passion and maintain Eyes On The Prize for 22 years, now. And it should be noted here, after downplaying their public profile, that there was and still is one group of hominids who have, very much, noted everything Gordon Veneri and Myles Anderson have done for this two+ decades, minus farting or scratching in inappropriate ways…

I’ve been a part of this borderline irrational Washington wine community for as long as WWV has been selling bottles of grape juice and the list of winemakers I have spoken with is alarmingly long…and I call tell you truthfully that there are only two Washington wineries for which all of them, to a person, have expressed nothing but admiration and respect: Dunham Cellars and Walla Walla Vintners.

But where Dunham has, very casually and unaggressively but consistently, promoted themselves and their brand, Walla Walla Vintners has been as reticent as J.D. Salinger and as uninterested in self-promotion as a Tibetan monk. On my last visit, the tasting took place in their labeling room, a small space off the barrel room that was lit by flourescent ceiling tubes and had all the charm of an auto shop’s back office. Their tasting room, by the current standards of this state’s wineries, looks like the fellowship hall at a rural Norwegian church, and the only thing at all atmospheric about the place is the old red barn it’s housed in.

But the state’s legions of winemakers could find that place far out beyond the main winery nexus of Walla Walla in their sleep because most have made the pilgrimage dozens of times. The wines absolutely ARE That Good. And have been, shockingly, ever since that seminal 1995 vintage.

WWV has been so low-profile, in fact, that I started hearing from wine writer colleagues that almost none of them had been sent samples of the wines, ever. I certainly never received any but I bought bottles every single vintage. I really didn’t need samples for review because I could describe virtually every wine they’ve ever made while drugged or asleep.

So, when WWV’s new PR firm(!)(?) recently emailed to tell me to expect samples, I was excited in a way that I’ve usually only been for romantic encounters (okay, wild sex) or the acquisition of a couple of guitars.

I paced my foyer (yes, I have a foyer, now. I feel so cheap...) for hours, on the day the package was due to arrive, literally leaped for joy when it did, and eagerly popped corks.

And the wines sucked.

No, “sucked” doesn’t actually cover it. They were awful. Heinous. Repellent. Fucked up. WRONG, on every level. I was freaked; totally freaked. I used every trick in my considerable arsenal of Crimes Against Wine to get them to open up, balance out, give in, settle down. Nothing. Bad. Wrong. Shocking.

I messaged a winemaker friend of mine who has worked with WWV on a couple of projects in the past. “What do I do?” I bleated, as much as one can bleat via email, “I’m NOT going to say that Walla Walla fuggen Vintners made two wines bad enough to be sold in cans in the grocery store! I can’t review these! WTF?!?”

He did the electronic equivalent of one of those eloquent Gallic shrugs and basically said, in a nicer way, “You’re on your own, dickhead.” 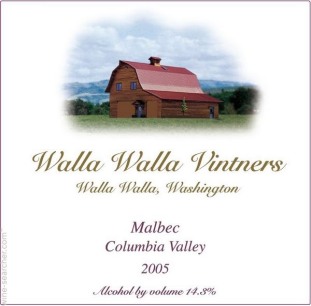 It was agony. The only thing I had ever had to even mildly complain about with WWV was their labels, which are solidly generic, Euro-derived blandness, right down to the watercolor sketch of the winery and the cursive typeface. And all that don’t mean squat when you’re drinking stuff that makes you go cross-eyed. Now…this?

I stalled and simpered and wrung my hands for a solid week and then finally sat down and wrote an email to the lady who runs the PR firm: “I can scarcely believe I’m writing this, after being a devoted fan of pretty much everything I’ve ever tasted from Walla Walla Vintners, but I cannot review the new wines. They are an unqualified mess; unbalanced, tart, spritzy even, and hot. I did everything I know to try to bring them around. I decanted them, poured them back to the bottle, gassed it heavily, opened again the next day…nothing…The Cabernet was marginally better than the Vottavo but it was easily the only bad Cab I’ve ever had from WWV and I have bought and consumed a TON of their Cabernets.”

To her everlasting credit, my friend sent me back a note and said that she had tried the wines and found them excellent. She theorized that maybe the summer heat had cooked the bottles in transit. She offered to resend. I demurred. What if it was not the heat? What if they were bad again? I didn’t want to even think of it. So, I agreed. She waited until the worst of the heat died down and sent a second box…

…and she was right. Boy, was she right.

To my INFINITE relief and delight, I can report that the bottle of 2012 Walla Walla Vintners Cut Bank Vineyard Estate Cabernet is not only NOT a effed-up mess but one of the most gorgeous, complex, deceptively-rich, balanced, and complete Washington Cabernets I’ve tasted in over a decade. This is a vibrant wine; one from which the flavors give the sensation of dancing on the tongue. Its structure is flawless. The flavors – a heady chorus of blackberry liqueur, black plums, currants, checkerberry (the main flavor in Clark’s teaberry gum), cocoa, vanilla toffee, white pepper, leather, graphite, and fat black cherries – are bell-clear and distinct. The finish is unhurried and pure and the balance is flat-out Perfect. And, after barrel aging 27 months in 63% new French oak, 11% once-filled French oak, and 26% neutral oak barrels, the wood presence is subtle and merely elevates the wine’s core flavors, rather than screaming for attention. In 27 years of tasting, selling, and evaluating Washington Cabs, this ranks solidly in the top five I’ve sampled.  98 Points

And, as usual, the prices, while certainly not cheap, are not wallet-busting, either, by current Washington standards: $60 for this stunning Cab and the same for…

…Vottavo, the companion to the Estate Cabernet, is a lusty, articulate “Super Tuscan”-style blend of 47% Sangiovese, 32% Merlot, and 21% Cabernet. Rounded, viscous, but lighter-bodied, Vottavo reveals the considerable winemaking chops of William von Metzger, WWV’s veteran producer, who has filled their shelves with wine show medals ever since his first vintage. It is deft and devout in its reverence for the Italian wines which spawned the style, without being a slave to the parameters of those bottles. Vottavo is a richer, fatter, more replete take on Super Tuscans and the front ‘n’ center Sangio would never be mistaken for Tuscany’s leaner, less forward style. The flavors run strongly to red berries, rhubarb, Morello cherries, anise, raspberries, and red plums, with a suggestion of cigar box and pink peppercorns on the finish. Anyone who has, like me, been a fan and advocate of Walla Walla for any longer than a cup of coffee will instantly recognize this wine as from that region but the “Italian-ness” of it is striking. Taken with a hefty dose of wonky Italian wine savvy or simply on its own merits as an unspecified red wine, this is glorious stuff and its $60 price tag is more than justified.  97 Points

The sensation I have in writing this is the same as I felt, one sunny day in Seattle, when I stepped off the curb and felt a hand grab my arm and yank me back…just as a Metro bus came rumbling past. The relief is palpable. I would have HATED to decline to review these wines and would have regretted even more the idea that I could no longer see a bottle of Walla Walla Vintners wine on a shelf and have my right arm, acting without volition or conscious thought, just shoot out and lay it in my cart. The new label is still nothing much to speak of, a vellum patch of pitch black with a large “V” in gold leaf, in one of those beat-to-death typefaces. (VERY reminiscent of the infamous Papyrus!) But, again, how well are you going to see a typeface when you’re weeping with joy?

There are damned few makers of wines, beers, or booze that I trust without question and if you filter that by longevity of the producer, it reduces that number to the aforementioned Dunham, Deschutes, McCrea Cellars, The Balvenie, Laphroaig, Stone Brewing, Ridge Vineyards, Hair of The Dog, Four Roses, Oban, Vega Sicilia, Lucien Albrecht, and a firm bet on Reuben’s Brews of Seattle and Fort George Brewing of Astoria. And, of course…Walla Walla Vintners. Losing any member of that tiny universe would be a terrible blow for me.

But losing Walla Walla Vintners would have been an outright Tragedy.