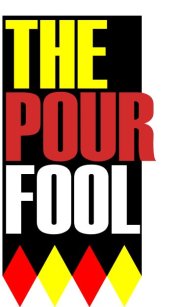 Sing it with me, everybody:

QPR! (cue angelic choir) That magical little acronym that can lead you to drinking better adult beverages, any time of the year. But around Christmas, with all of us courting ulcers by stressing daily about what we’re giving to whom – that’s right, I said “whom”! And I may say it again!  – QPR assumes the sort of gravitas you’d attach to keeping current on your vaccinations.

QPR stands for “Quality to Price Ratio”, the relative value of a beverage – or, really, any consumer product, from diamonds to vacation homes – versus what you’re asked to pay for it. The price level has little to do with it. If some winery released a wine that sells for under $15 and that wine got a 96 Point score from WineAdvocate, that would be a “Good QPR wine”. By the same logic, if you happen upon a bottle of Whiskey that tastes like a $150 bottle of Pappy Van Winkle but only costs $95, that, too, is a “Good QPR Whiskey”. In short, if you’re paying less than what’s in the bottle could be selling for, that’s solid QPR. And, for our Christmas gift-giving, since shit ain’t exactly getting any cheaper in our bloated economy, QPR can save not only money but your financial ass, as well.

Tasting all those literal thousands of beverages that I do every year, and using them in this website, as well as in my work, QPR is a big damned deal. It is arguably, in fact, the raison d’etre for The Pour Fool, altogether. In rating beverages, about 85% of my opinion of a product is based simply on what’s in the glass. That remaining 15% is a question of value. I received a bottle of Sauvignon Blanc, not too long ago, that retailed for – hang onto something! – $120.00. Let me say that again: ONE HUNDRED AND TWENTY DOLLARS. For a Sauv Blanc. Really. It was a nice wine; very drinkable and seamless and it would have gotten a big score from me. (The red that came with it would NOT have and it was $150.) But I didn’t review it. I can’t recommend a bottle of friggin’ white wine that sells for $120 and is not objectively as good as, for example, as a Jules Taylor or Woodinville Wine Cellars or Ledger David wine of the same type. And NONE of those cost more than thirty bucks. I want you to drink better stuff. That’s the whole basis of this website…so my little leg up for you, for the holidays, is this list of genuinely exceptional values in that priciest of all beverage categories, Hard Liquor.

Before you read it, know that this is not all predicated on some arbitrary price point. The recommendations for single-malt Scotches all cost a lot more than the other categories. But the bottles listed here are all GREAT values for your money and are the ones most likely to light up your booze-fan loved one for the smallest amount of cabbage.

Svedka:  You’ve seen this bottle on your grocery or liquor store shelves and probably sniffed at it because it’s DIRT cheap. Bad move, Sparky. This little Swedish charmer is distilled FIVE times and uses as its base some very clean, pure Swedish spring water. It shows a sexy nose of vanilla and warm meringue and is all round and subtle curves: vanilla, faint anise, white peach, and pink peppercorns. You can even ice it down and sip it all by itself…and it is usually one of the two or three least expensive Vodkas in any shop. This my own a absolute go-to mixing Vodk choice and the 1.5 liter bottle will cost you…less than thirty bucks!  94 Points

The next tier up is even easier. Reyka is now Iceland’s foremost export, now that Bjork has semi-retired, and it is a lot smoother than she ever was. It is not an exaggeration to say that Reyka is a thrilling piece of spirits-making. And in every sense. Their factory is the world’s first totally green distillery, using Iceland’s roiling cauldron of geothermal energy to power the whole operation. They literally produce zero emissions! And the Vodka is as clean as their consciences.

Distilled from wheat and barley, Reyka is light on the palate but vividly flavorful, showing new-mown hay, spruce tips, vanilla, roses(!), lavender, jasmine, and rosemary. All of this is front ‘n’ center and unmistakably pure. This is every inch a luxury-tier Vodka…and you can expect to pay maybe, top end, about $25 for a 750ML bottle. This is a bottle of dreams and charm and impeccable skill and one of the purest spirits in the world.   97 Points

Spring 44:  While this is still unavailable to much of the US, I simply have not found ANY Gin, of any description, that stacks up to this Colorado-based distillery’s seamless, earthy but polished version. YES, this very emphatically IS as botanical Gin, so those who are looking for the juniper-forward simplicity of a traditional London Dry-style mixer for their Gimlets, Singapore Slings, and the resurgent Negroni may find it intrusive. But for the classic Martini, this is a heavenly alternative to the aggressive juniper profile and adds literal layers of complexity and interest. Spring 44, since my first review of the line, maybe six years ago, has now added a lovely Old Tom-style version, joining into the current resurrection of that almost-forgotten British take that is the missing link between the malty Dutch Genever and the modern London Dry. But this brilliant botanical edition stands alone, rivaled only, in my tastings, by Bruichladdich Distillery’s earth-shaking “The Botanist”. Along with the classic Hendrick’s Botanical Gin, they form an ideal Troika that will tell you all you need to know about contemporary botanical Gin… and the Spring 44 is the real bargain of the three, usually coming in at right around $25. Brilliant stuff!  95 Points

Bruichladdich Distillery  “The Botanist” Gin:  For the Gin connoisseur who has (tasted) everything, they may well have missed this. Bruichladdich (pron: “Brook-LAH-dee”) is a distiller of cutting edge single-malt Islay Scotch, in a bewildering variety of expressions, most involving aggressive amounts of smoked grains and a powerful intensity that I dearly love but which some casual Scotch lovers find a bit intimidating. They added this Gin program about seven years ago, mainly because Islay – that magical little chunk of Scotland that sits in the icy Atlantic, about sixty miles dead-west of Glasgow, just past the Isle of Arran and the Firth of Clyde – is literally covered with many of the botanicals that are used to make that style of modern Gin and it seemed, to the frugal side of the Scots nature, wasteful to ignore The Creator’s bounty. At about $35, The Botanist is a true high-end liquor gift at a ridiculously reasonable price and is really nothing much at all like the Spring 44 recommended above. I would say, in fact, that giving both, at under $60 would be a Gin Geek’s ideal gift box, as the Scottish botanicals show themselves in a much more earthy, almost rustic, way than the softer Colorado plant life. The Botanist is big and generous and flat-out more viscous than Spring 44, which makes it more of a passionate kiss than the warm cuddle of its Colorado cousin. The 22 botanicals used in its long, slow-simmer distillation are wild-foraged, right there on Islay, so there will be slight variations from batch to batch but the consummate skills of the Bruichladdich team make every variation a new adventure. As their website says, the aromas of this bottle are extraordinary, “Sweet delicate menthol, apple mint, spring woodlands, juniper, coriander with aniseed undertones, lemon and orange peel, a bouquet of summer flowers on the Machir Bay, honey from thistle, coconut from gorse, wild mint and summer meadows” and every single line of this Scottish poetry reveals itself in every sip. This is a GLORIOUS invention and one that perfectly expresses its Scottish roots, while showing its undeniable connection to the Brave New World of international New Gins.  97 Points 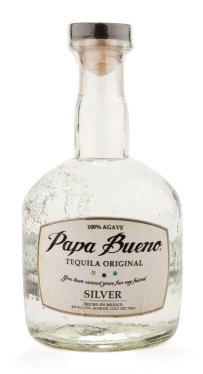 Papa Bueno:  This Seattle-based brand started as what was, frankly, the mid-life musings of a very successful attorney-turned-entrepreneur, Scott Greenberg, a fellow whom I had actually known, back when I was working in the wine trade in Seattle, about two decades ago. I lost track of him and, during that lost period, Scott developed a serious Tequila Jones and found himself frustrated at the brands available locally. (Big Dark Secret: Seattle is a long way from other major American cities and, though we like to think of ourselves as sophisticated and metropolitan (and metrosexual and cosmopolitan and any other Metros or Cosmos you might have lying around, the fact is that there are TONS of liquors and beers and even some wines that we have no distributors for, here.) This situation is much better now than it was about ten years back, when Scott Greenberg and his sons started thinking about their own Tequila brand but even today, this ain’t exactly Tequila Nirvana. So, Scott traveled to Mexico, to the legendary tequila town of Antotonilco El Alto, where he retained the services of 3rd gen tequila master, Juan Eduardo Nunez of El Vieto, with cousin Luis, and a dedicated team of piña cutters and distillers. The rest is history and can be skipped over a bit, except to note that Scott and sons worked with Juan Eduardo for over a year to fine-tune exactly the tastes and textures they wanted. And they nailed it, dead-center.

The Papa Bueno Silver Tequila is simply THE best white Tequila I’ve found yet. The Reposado and Añejo are in my own Top Five. The flavor of fresh agave is purer and more transparent than in any line of Tequila I’ve ever found. That peppery, herbal, vegetal profile carries all manner of grace notes and a fundamental, unaugmented sweetness that makes it a swoon-inducing sipper AND a magnificent blending spirit. The Añejo is my own go-to sipper, of the three, with its beautiful wood and vanilla notes riding the crest of that wave of agave goodness but any of these is a perfect gift choice for your tequilero loved one or business associate. And the price?  About $44.   96 Points/Silver  ♦  95 Points/Reposado  ♦  98 Points/Añejo

Olmec Altos Plata:  Distiller Jesús Hernandez makes his Olmeca Altos tequila from 100% Blue Agave piñas, slow-roasted in a brick horno and then crushed the way his ancestors did 200 years ago – with a huge stone tahona wheel. This is the way fine Tequila has been made for generations but the slower, more laborious process has largely been replaced by hydraulic steel crushers and prefabricated industrial steel ovens or even steamers, in the eternal effort to Make More $$$. Olmec’s range of  distilling is executed in real, old-fashioned copper pot stills, further enhancing that classic concentration and flavor. Olmeca Altos also takes pride in their use of reliable, consistent cultivated yeast, rather than wild or commercial yeast that is often used by makers who are bending over for the latest trends. The Reposado is aged 8-10 months in used bourbon barrels and the Añejo spends a full 18 months in its wooden crib, but it’s the dazzling Plata we’re dealing with here. One virtue of Olmec as a gift is that it’s NOT everywhere, like your Cuervos and Patrons. Your  self-described tequilero buddy may well have never tasted or even heard of this and, I promise you, his/her sense of discovery will make this gift linger in the memory for years. The Plata is soft and sensual and redolent of peppery, citrusy agave flavors and shows a texture that’s just in between silken and chewy. This is substantial, hair-on-its-chest Silver that is a gorgeous sipper or a mixer almost without peer. Sensational booze!  And the best part? This is a serious, upper-tier Tequila…for right around $26.   95 Points