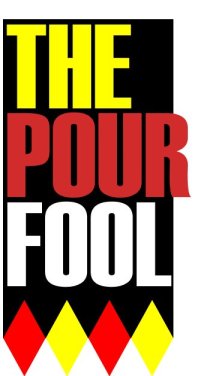 I’ve looked for well over two years at the current situation of having an insane narcissist in the White House and a Republican congress doing little or nothing to rein in what can only be called an all-out assault on the very foundations of what America has always meant and been. I’ve thought about it from every angle I can find and I can only find one scenario that explains everything.

And here it is…and it is horrific…

Some time in the past, the Russian KGB got wind of activities by Trump, in Russia, that they could use against him, to manipulate him in his business dealings. It was not purely blackmail, which Trump would have fought or bribed away or escaped from in the US. They also offered to make him rich beyond his wildest dreams, using the carrot and stick until Trump came to see accommodation with the Russian government as normal. He became a willing participant and his narcissism prevented him from recognizing consequences for the US.

Putin or parties unknown encouraged Trump’s raging ego and aided his ascent into public prominence here. He was slowly and subtly indoctrinated into becoming interested in politics and finally for running for president. With such a visible tool in hand, they hacked the 2016 election to insure Trump’s victory. Simultaneously, they looked into selected members of the Republican Party and exploited crimes and vulnerabilities, making each of them the same deal: work with us and you will become fabulously wealthy…or be exposed and ruined.

Putin’s ultimate and STATED(!) goal was and is to destabilize the United States. Look at every decision and executive order under Trump: it reads like a list of atrocities. In every action, he chose the most heartless, ignorant, inflammatory action and ran after it with zeal. His every decision has, I believe, been designed to inflame and enrage the greatest number of people. His attempts to undo health care have been proven to have literally lethal consequences, if they were implemented. His separation of families, locking children in cages, carrying out the blatantly illegal kangaroo court sideshow of minor children sitting in courtrooms, being asked to argue for their freedom, is directly opposed to every single principle of democracy, justice, and human decency we have always held true. His attempts to turn the American people against the press, the military, his own intelligence agencies, the FBI, judges, his every political opponent, and against such peripheral entities as athletes, actors, political commentators, minorities, traditional allies, and even women are fundamentally abhorrent to any rational American. And we have all jumped all over each fresh atrocity, decrying it and him and continually expressing astonishment at behavior we KNEW, from the first day he was in office, was not only predictable but, in fact, routine and done with no shame or apology or regard for laws or American principles.

I believe it’s all being run from Moscow. Nothing else explains it. He IS destabilizing the country and we have done little or nothing to stop him. It is possibly even too late to undo this. What SHOULD happen is a broad and comprehensive investigation of ALL the Republicans who are enabling Trump’s behavior because much of it is TOTALLY irrational in any other scenario. But that hasn’t happened and looks as if it may never come about at all.

We are being invaded and conquered NOW, right this minute. Putin knew that he could never conquer the US by military means, so he is rotting us out from within and planning to just pick up the pieces. If this is wrong, I cannot figure out how and we may seriously be in the position in which our only real hope is bloody revolt. And I, for one, have NO confidence that we, as a people, have the stomach for that.

If you don’t agree, I’d LOVE to hear another explanation but it would have to be VERY plausible to make this idea go away.

I very much hope that I’m wrong.

I just don’t think I am.

One thought on “The Russians Are Here…and We Are Losing”