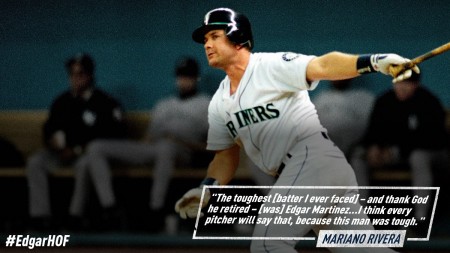 This may be a long; hell, IS long…Can’t be helped, really. This may turn out to be one of the most genuinely happy days of my life…

This is also, in the ten years of this blog-into-website, that I have ever posted twice in a row Off-Topic. I hadn’t intended to do that but sometimes the world just has to stop turning for a few moments and pay attention to something Larger…

I’ve told this story before, so if you’ve read it, sorry…

Back in February of 1993, I had lived in Seattle for about seven months. I had broken up with my fiance, with whom I moved out here, and was living alone, 3,000 miles from my North Carolina home. It was one of those days that sap the souls of even the staunchest Northwesterners: miasmic rain, in between heavy mists and a post-nasal drippy drizzle. About 3 p.m., getting dark, and the normally teeming streets are EMPTY…I’m walking down Pike toward Fourth Avenue, heading for the market, and had to stop for a walk signal – a tiny perversity that Northwesterners observe almost religiously. So, I’m waiting and fidgeting and there is nobody around. I’m muttering darkly about the weather, the walk signals, and life in general and suddenly realized that I wasn’t alone. I glanced out the corner of my eye and found a guy in a light jacket, bareheaded, standing quietly next to me. He smiled and nodded and I did the same. The signal gave us a walk light and we ambled across together. I glanced at him and said, a little sarcastically, “Lovely weather we’re having.” He smiled back at me and said easily, “Just a little rain,” he said softly, “I’ve come to kinda like it.” He nodded again and turned north, up 4th. I stood still for a moment and watched him walk away. That image of the stocky guy, bare-headed, walking up the deserted avenue, has stayed with me ever since.

I recognized him instantly. The one thing I already loved about Seattle was the Mariners. I had taken off work, in the ’92 season, and walked the three blocks to the Kingdome and bought single tickets. Did it maybe twenty times. Watched this clean-up hitter with his almost NASA-grade perfect, compact, deadly swing spray hits all over the ballpark like some laser-guided howitzer, betraying ZERO tendency that would allow some coach or pitcher to work on his weakness. He didn’t have one.

That was Edgar Martinez. The guy walking in the rain was, too. I was already a fan and I vividly remember watching him walk up Fourth and thinking, “There goes the reigning AL batting champion,” suddenly feeling better about the day and Seattle and that Goddamned drippy rain.

I watched Edgar bedevil every pitcher he faced for another eleven seasons, more and more convinced that, in a lifetime in which I had sat in Wrigley Field for several of my formative years and seen some of the best hitters in MLB history, I was now watching one who stood with any of them.

I saw The Double, the huge dogpile at the plate; a scene immortalized online and on coffee cups and mouse pads and in countless inspirational videos. I’ve watched the video of that hit maybe fifty times, weeping every time at hearing Dave Niehaus’ voice, still the missing aspect of any baseball game I watch or tune into on the radio. I love Griffey’s smile, there at the bottom of that heap of frenzied humanity..but the guy who made that happen was still rounding second, pumping his fist in the air. That’s seen less often but it’s what makes that Moment for me… 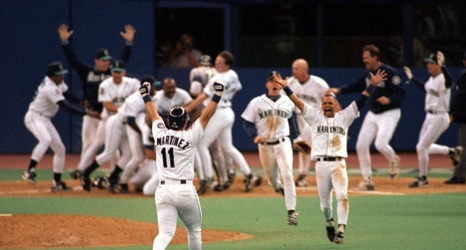 Later, I moved to Bellevue, across the lake, and started shopping at a smaller, less-traveled QFC Supermarket, down at the north end of town. I found myself in line, at least once a month, with Edgar. We began to smile and nod and I managed not to come off like a giddy teenager. Eventually, he introduced himself, “I know who you are,” I smiled, “I was trying not to bug you.” He laughed; that short, punchy, contained chuckle that I often saw in Mariners commercials, and said, “No problem.“…A month or so later, I was out in the parking lot, giving my sweet Boxer dog a doughnut, when I heard a voice saying, “Hey, you’ve got a dog!” It was Edgar, He walked over and scratched my boy’s ears. “What’s his name?” he asked…

“Uh…it’s umm…Edgar,” I managed. I had named him after Edgar Martinez, the person I admired most.

“Really?” he said, genuinely surprised, “After…”

His wife, Holly, pulled up behind him. He turned and grinned at her.

He patted his namesake’s head, smiled broadly, and walked away.

I saw him several times after that. I was strangely at ease, in a way I had assumed I wouldn’t be. It was just…Edgar. He has that effect on people; a calming, personable attitude that sorta defies explanation. 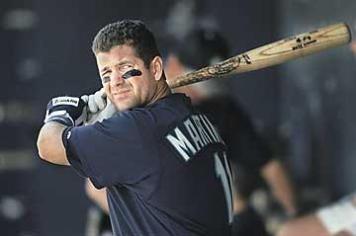 I’ve yearned for very few things in my adult life. I yearn to see my grandsons in Virginia. I yearned for Judye, shortly after I met her. I yearned for the Cubs to win the National League pennant and they did. And then they won the World Series. I yearned for the Seahawks to win the Super Bowl. And, possibly most of all, I YEARN, deeply and seriously YEARN, for someone from MLB, at 3 o’clock this afternoon, to read off the members of the 2019 class of the Baseball Hall of Fame and say the name “Edgar Martinez”. Is this silly? I’m sixty-six fucking years old, a semi-urban couch potato whose own athletic career ended in 1976, if you don’t count industrial league soccer in the early 80s, which I don’t. Most people would ascribe something like vicarious wish-fulfillment to this longing; trying to live out my own truncated athletic dreams through him. I thought of that and it’s just not the case. This is wanting a fine man, an exceptional citizen, a prodigious baseball player, and an enormous influence for the positive on an entire generation of baseball players – the NSA couldn’t detect a negative opinion about Edgar Martinez – who saw his example of relentless hard work, supreme focus, and profound loyalty play out for 18 solid seasons in the same city, the same uniform, the same excellence, FINALLY be rewarded; the last honor and the highest that an athlete can attain.

I wish I could just relax and think this is a slam dunk (the early voting shows him with a comfortable margin toward that magical 75% needed) but the truth is that the MLB Writers Association is the biggest congregation of squirrels outside the Adirondacks, Ozarks, and Appalachians. Nothing is certain until it is.

I YEARN for this for Edgar. I want it maybe more than I want 99% of all the things I want for me. And, today, at 3 p.m., WHEN – not IF – this happens – I’ll have that Moment when I see that life, of which we say “There is no Justice” and which we all wearily proclaim is not fair…occasionally is.