It was like a punch in the face, today…

I was out all day and away from the computer. I sat down and clicked onto Facebook and scrolled down a half page or so and caught a whiff: “Stunned by the news about 10 Barrel sold to AB…”

More scrolling and confirmation: “Haters gonna hate, Tonya Cornett. Congrats on getting the chance to take that berliner global (not to mention the others).” It got worse just that fast. One of my all-time favorite brewers, Tonya Cornett, is now one of the pawns in this sordid tale. If AB had come to me and asked, they couldn’t have found a person about whom I would be more grief-stricken to see absorbed by the Beer-Borg Collective. Jimmy Seifrit, former brewmaster under Larry Sidor at my beloved Deschutes was also involved. It was exactly like a death; like someone I knew and loved was in excellent health one day and stone dead the next.

I continued to click across the internet, hoping that someone would have posted a snopes.com link, saying that it was all a hoax. But it’s not. One of the new and healthy pillars of the Northwest brewing community became dead to all who call themselves craft beer fans. Disbelief turned to grief…which then became anger…

Folks, it really IS this effin’ simple and don’t fall for anyone with a quick chuckle and a shake of the head who says, “Hey, it’s just business. 10 Barrel will just reach a lot more people, now.” AB/InBev, the Belgian/Brazilian mega-corporation who just bought 10 Barrel for what was probably about what their Board tips for a big lunch, is the sworn enemy of craft beer. I used to have the utmost respect for John Hall, former owner of Goose Island Brewing of Chicago but John Hall decided to get out of his daily grind with Goose Island and sold it to AB/InBev. John Hall – who helped create the American Craft Beer community – aided and abetted the very corporate monster that’s trying, on dozens of fronts all over the US, to hinder or obstruct the growth and business practices of the thousands of small, independent brewers for whom AB has consistently expressed their disdain. As one of their VP’s told me in an email, back in 2011, “Actually, the term ‘craft brewing’ that you people toss around is wrong. What we do at Anheuser Busch if craft brewing because it involves the craft of brewing. What those weird little breweries do is actually  ‘amateur brewing’, and the sooner you all figure that out, the better.” One of their VPs said last year, at the first company convention after their take-over of Goose Island, in speaking of the conflict between Bud and craft brewing, “We cannot allow the paradigm to change.”

This is the mind-set that now owns 10 Barrel Brewing.

I’m going to make this as short and unsweet as I can, because I am mortally pissed off: When twin brothers Chris and Jeremy Cox decided to brew their own beer, they were co-owners of a successful bar and grill in downtown Bend, Oregon. They didn’t have any direct experience brewing, but told anybody who’d listen about their deep passion for craft beers and their determination to break into the industry. That, as we see graphically now, was all bullshit. What the Brothers Cox were after was a Big Payday; a rosy dream of building a disposable enterprise that would eventually catch the eye of some huge mega-corp who would back a truck up to their loading dock and shovel dollar bills out the back until they buried Jeremy and Chris Cox in a sweet dream of Caribbean beaches and cold drinks with little umbrellas in them and hot and cold running babes. Yeah, I’m being harsh and hyperbolic and extrapolating wildly about people I barely know but what I do know is this… 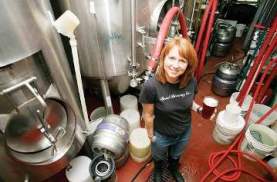 If you care about craft brewing – about the community of people, not corporations and not abstract legions of faceless laborers – then you do NOT, under any circumstances and for any amount of money, sell your craft brewery to a company whose stated objective is to bring about the ruin of that community. I’m sure, as I write this, the Cox Brothers are sitting in their bar in Bend, having a celebratory drink or fifteen, and counting the totally awesome, dude! string of zeros to the left of their decimal point on a check drawn on AB/InBev’s corporate account. They’re probably toasting their good fortune right now, having sold off Tonya Cornett and Jimmy Seifrit and their reputation and the good will and sense of community involvement that many, many craft beer fans here in the Northwest have come to feel for 10 Barrel. It’s been one of my regular stops on trips to Bend, one of the labels I look to and think, subconsciously, “I trust this brand to stand for something good“, and a brewery whose personnel and track record promised so many massive achievements in the years to come that most of us could only wait, in tingling anticipation, to see what sort of miraculous treats Tonya and Jimmy would give us next. 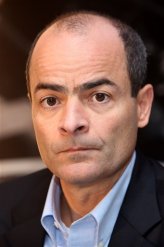 That, at least for me, is all gone, now. I cannot and will NOT – EVER – enable and validate the ongoing attempt by the world’s largest and most soulless “brewery” to buy what they already KNOW they can never earn on their own merits: credibility within the rapidly-expanding world of American craft brewing. No matter how wonderful and popular 10 Barrel may become in the future, the whole enterprise is now tainted. I’m not planning to even taste their beers, ever again, even if Tonya and Jimmy keep their jobs. The simple fact is that Anheuser Busch and now AB/InBev has a long and sordid history of crushing all competition, manipulating markets and distribution arrangements, and even resorting to outright bribery – the infamous “Tied Houses” of the early 20th Century – to achieve the supremacy they enjoy in the world’s beer markets. It was never about the beer, which its founder, Adolphus Busch, flatly refused to drink, calling it “that slop”. Anheuser Busch is and always has been about marketing, promotions, omnipresence in the marketplace and throwing money at every problem because that was the one and only resource they had in greater supply than any other brewery on the planet.

This is exactly what I said in the beginning: A Death in The Family. The end of a wonderful, imaginative, powerful, soulful brewery, in favor of the soulless, vapid, ethically-empty process of reducing Art To Commodity. They’ve already done it to Goose Island and Blue Point and 10 barrel is simply another bottom line to be managed, “improved”, and reduced to figures, that realm in which quality is figured by dollars alone.

Chris, Jeremy…have a great evening. Tomorrow is the first day of your highly questionable lives…