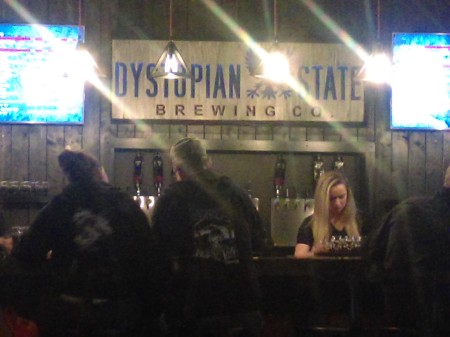 Here we are, heading into the Holidays for 2016, and Facebook coughs up something I posted in this blog, just over two years ago: “Budweiser Vs. The Craft Beer Culture: The Long, Slow Decline of The King of Beers“. I hadn’t read it again since I first posted it and…it wasn’t bad. Said what I meant to say and, yes, it was long but not as insanely long as a lot of posts here. It got me thinking that I haven’t revisited our Belgian/Brazilian “friends” for a while. So I checked. 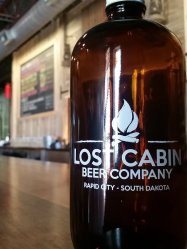 According to Forbes Magazine, over the past five years, while craft brewing sales rose by 14% (2016 projection, 17% over 2015), the total sales of mass-producer brands like BudMilleerCoorsPabst declined by over 28%. AB/InBev, the parent company of ALL THREE of the top domestic brands (the “BudMillerCoors” segment of that watery continuum) projects a 2016 decline in revenues of 11%, following a 2015 decline of 10%.

My explanation for this slow-rolling death of the AB/InBev Collective, that I’ve been repeating since the first time I wrote it, in a Facebook response in 2010, is this, lifted wholesale from the post linked to above: 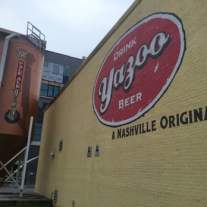 “To the Budweiser VP who stated rather definitively, at the first sales convention after AB acquired Goose Island Brewing (dutifully reported by Goose staffers who were required to attend), that “we cannot allow the paradigm to change…“, let me restate the obvious: the paradigm has already changed. It changed, in fact, when this VP was in middle school and there is absolutely nothing that AB/InBev can do to counter it.  That “paradigm” he spoke of was that young drinkers, coming of age for choosing beers, traditionally had Bud and maybe five other domestic beers, all of the same style, to choose from. It was all they saw in their parents’ fridges and they saw those handful of beers as what the word “beer” means. That has all changed and, here in 2014, craft beer now accounts for 14% – and climbing! – of all domestic beer sales.”

And this, from a 2014 post called, “The Programming of The American Drinker“… 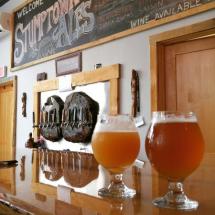 “Today, we have successive waves of people turning 21 who never saw BudMillerCoorsPabst in their refrigerators; never had the discussion, in middle school, on the relative merits of Bud vs. Old Style vs. Schlitz. These young men and women were raised, in fact, knowing that beer can actually be wildly and gloriously flavorful and diverse; knowing they have Real Choices, instead of pretending to taste differences in almost identical beers or picking one because you like the artwork or their ties to a favorite sports team or celebrity. I’ve predicted that, within twenty years – barring some major stroke in the mega-brewers’ relentless campaign to discredit, displace, hinder, and ridicule craft brewing – we will see BudCoorsMillerPabst, and all the rest of the cynical mega-beers reduced to a quaint curiosity niche; the last gasp of the phony “beer as manhood” crowd and the surviving pockets of hard-cases who equate real beer made by real Americans as “frou-frou nonsense”. Real Men, these days, drink Dogfish and Deschutes and Three Floyds and Stone and Rahr and Cigar City and Pelican and Strange and Selkirk Abbey and Jolly Pumpkin…and there is no way to stop this fundamental change.” 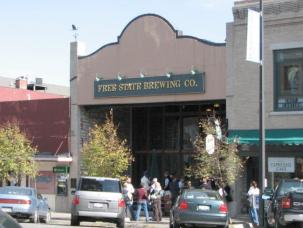 I’ve asked this over and over and over again and, as we head into the holidays ’16, I’m doing it again: PLEASE, if you have not tried the rising tide of craft brewed Lagers and Pilsners that are being made in literally every state in this country, now, at least think of bringing a six-pack or growler of one of them to your family’s holiday functions. There are a number of truly great beers of this style that are widely available: Victory Brewing “Prima Pils”, North Coast “Scrimshaw”, Stone “Wussy”, Full Sail “Session” Lager, Anchor California Lager, New Belgium “SkinnyDip”, Boulevard “KC Pils”, and dozens and dozens more. Don’t even tell your Bud-addicted friends/fams what it is. Pour it into a glass and hand it to them with a jaunty “Cheers!“. They’ll never know from the color. Most look exactly like Bud or Coors in the glass. They won’t get Bitter Beer Face when they drink it because brewers who make Lager/Pils respect the style. I’ve pulled this half a dozen times on friends who claim they “don’t like craft beer” and now those friends can’t make that claim, anymore. 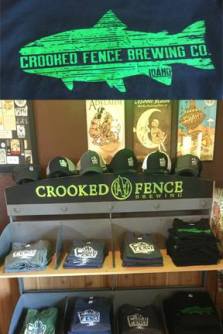 This is how we go about reducing this avaricious, thuggish, bean-countin’ company of people, for whom the entire idea of “beer” is nothing more a word attached to a sales figure on a ledger sheet, to the insignificant, marginal operation it so richly deserves to be. We don’t need roving gangs of feral lawyers or a Sicilian hit squad. All we really need to do it to expose those who presently cling to these phony brands out of some warped sense of nostalgia or the ancient image of American manhood – the cowboy-construction worker- dockhand delusion of manliness that BudMillerCoors has been selling in TV and print ads for 75 years – to the indisputable fact that beer made carefully, in smaller batches, tastes better. Beer made with actual passion and respect for the styles produced and a genuine desire to please your community and culture is always better that something just produced to please stockholders. 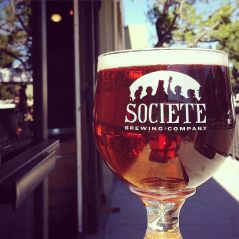 My holiday wish for you – even aside from my hope that you have the greatest single Christmas/New Year’s experience of your life, now that the fast-approaching Darkness that will descend upon all of American on January 20th grows ever nearer – is that you pull this little switcheroo on just ONE friend or family member who sneers at and ridicules your craft beer preference. Don’t get me wrong: I’d prefer you rent a banquet hall and pull it on about 350 people. But one is a great start. Convince one Bud-addict that they can drink craft beer and find a seat at the Cool Kids’ table and they’ll convince one and that person will convince another and, pretty soon, we got us a revolution and BudMillerCoorsPabst gets to weep into their Red Solo cups and wonder what hit ’em. 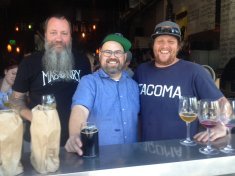 And the main reason you should do this? The ONLY brand out of those four that I’ve lumped into the deliberately-dismissive “BudMillerCoorsPabst” that is still American owned…is Pabst. Support your own economy, not that of Belgium and Brazil, the home countries of Bud, Miller, and Coors. Keep your dollars here, working for you and your Mom and every other American you know and love. Support American Small Business…because 98% of all craftbrewers are tiny operations; 80% of that 98 with less than ten employees. As you spread the message of “Drink Local”, “Small Business Saturday”, “American Made”, “Locally Sourced” and the grassroots entrepreneurism that drives your local economy, those jobs created increase, your city thrives, and you just simply drink better beer. How anybody can walk past a business owned and operated by their neighbor or co-worker or friend or family member and choose to toss their dollars down the suck-hole of corporate greed and Lower Quality is beyond me. For self-image? Craft brewing has TONS of that. Climb aboard, if Coolness is your motivation! Patriotism? Would YOU have bought British beer during the Revolutionary War? Would you look at your neighbor, standing there with a six-pack of beer he made in his hands and say, “No, thanks, neighbor! I think I’ll go hand my bucks to some bean-countin’ suit from Leuven, Belgium, for a beer that tastes like piss, compared to yours.”

Lets. BURY. Budwesier…NOW, starting right now today, and hammer on it all the way through the holidays. This is a company that has put THOUSANDS of Americans out of work, during its shameless 130 year history. They DO NOT deserve your dollars, your preferences, or your loyalty.