even when I write ’em.

I’m not even going to link to the post which spawned this (alleged) listlet. I don’t want to give them any more free clicks, since the list is obviously blatant bait for that species of scaly, slimy little internet reptile. But you go ahead and google the name shown in the next paragraph and you’ll find it. Not that anyone needs to see it.

This is called “Top 10 American Stouts Brewed in the USA” – not “in 2016” or “This Year” but BEST, period…which is bullshit. Oh, it says in the copy underneath that the results come from 2016 and from their three sources but that is the very definition of click-bait: write a provocative headline that will get people to come to your site and then – back-peddle furiously, so you can’t be accused of click-baiting. “We’re saying it but…we didn’t say that!” It’s the internet version of the National Enquirer that you glance at while in line at the grocery store, with a headline like “Brangelina Adopts Alien Baby Found Crawling Away From Area 51!” In fact, it’s worse than that. The Enquirer at least makes an investment in that headline, paying millions to get it printed and distributed. This headline is a freebie; typed out in ten seconds, font selected, and then plopped into their page without spending a dime – and with a thousand times the potential reach of the Enquirer. Cheap, lazy, careless, and manipulative, and, worst of all, cynical. They KNOW they’re not saying “Top Ten EVER“…but they make it read that way, anyhow. Ask yourself: how much of a friend of Indie Beer are these folks, REALLY?

Let me say, right up front, that I absolutely adore nine of ten of these breweries. Deschutes is probably my all-time favorite brewery. Societe makes me literally swoon. Revolution is at the very top of my current list of “Must Visit”. Wrecking Bar is one of my two or three favorite East Coast breweries. 903 is making perfect little miracles, daily. And Boise rolled my socks off, just last week. This is not about these breweries. It’s also NOT about the festivals and certainly NOT about RateBeer, which is, I think, the best resource American beer fans ever had. It’s about stupidity and sloppiness and shameless, unjustifiable hyperbole.

This Top Ten American Stouts (emphasis mine) list  is from the results of the 2016 U.S. Open Beer Championship, Great American Beer Festival, and RateBeer.com.

There: no need to click over. Suffice it to say that it’s a website that purports to be written by and for beer geeks. A couple of observations, setting aside for a moment that NO knowledgeable Indie beer fan would think for a moment that these are the “Top Ten American Stouts Brewed in The USA“…

1) It’s telling that an Anheuser Busch product, with NO ratings at RateBeer or at the US Open, gets #1 just on the basis of a GABF gold. How many stouts were NOT tasted at GABF 2016? Less than 20% of all beers brewed in the US last year were evaluated at GABF, so calling P2P “best” really only means that it was the best on the GABF table, that day. It means NOTHING else and yet, there it is at #1. This…smells funny; like this was one more transparent effort by Anheuser Busch to make one of their sell-out breweries relevant.

2) It’s hardly unusual but this list, like SO many other asinine lists, opts for the click-bait approach and calls it “Best”, when what it actually IS…is just what won medals in 2016; as if all other American Stouts don’t exist. It’s cheap, SLOPPY, slacker-boy crap to set up ANY list of beers as “Best”, without qualifying the statement. I do “Best of The Northwest” every year but it’s CLEARLY and emphatically labeled “these are the best I TASTED in 2016“. If these guys had called this “The Ten Best American Stouts That Were Entered in Two Festivals and Rated on RateBeer In 2016 ONLY“, I wouldn’t be writing this…but would you click on that? Not freakin’ likely. 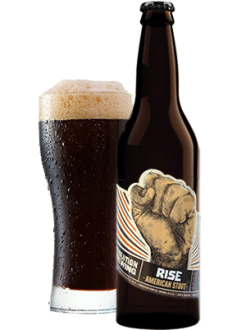 This list DAMAGES every other Stout brewed in the US and all the breweries making them by making gullible people – and America has NO shortage of those! – think that these really ARE America’s Best Stouts, which even their brewers probably know they are not. This is adamantly NOT a statement on any of the beers or their breweries except that one AB ringer. I’ve tasted eight of the ten and seven of them RICHLY deserve the awards and acclaim. This is about click-baiting and hyperbole and lazy research and the stupid impulse to turn everything into a freakin’ contest when beer and brewing is FAR more cooperative and collaborative than that. Want proof of how lame this thing is?…

Here’s the list of how all these beers were awarded across both festivals and scored by RateBeer readers:

Unless the list is weighted most heavily toward GABF – and I can’t even imagine what logic would dictate that it would be – #1 on this list SHOULD be either Deschutes Obsidian or Societe The Volcanist, with Obsidian possibly winning by a hair. Also, this is clearly labeled as a list of “American Stouts Brewed in the USA“, which proves that the person compiling the list realized that “American Stout” IS a separate beer category from, say, Irish Dry, Sweet Stout, Oatmeal Stout, Imperial Stout, English Stout, and MILK Stout, which is what 903 Brewing Sasquatch is labeled – in fact, it’s CHOCOLATE MILK Stout, so it’s not only not the same style, it should be on a Chocolate beers list. Sasquatch, then, shouldn’t even be on this list. It’s just not the same style as the rest.

This is how people become suspicious of lists and those who compile them. Is it a REAL stretch to propose that maybe AB slid a few bucks to someone at this website to make sure 1* Ba***l wound up at the top of this list? I DO NOT really think that happened. I think someone at ther ofices just thinks GABF is the final authority on what’s great beer is and compiled the list according to what happened at GABF. I think that/those person/people are STUPID, not crooked. But some people will think someone got paid and why even create the possibility of that impression? 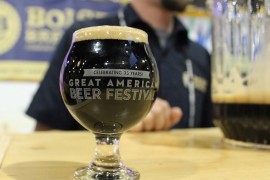 Lists are nonsense, even when I write ’em. They’re NOTHING but our peculiar American mania for putting any two remotely similar things into a small closet and seeing who’s still breathing when we open the door. It’s societal immaturity and, maybe, someday, we’ll grow out of the need to treat beer like a cockfight. But, as for now, I don’t think it’s too much to ask that those who make lists be honest about what they are and do them with some objectivity.

One thought on “RANT: “Best American Stouts Made In The USA”? Oy Vey….”